It’s a dream come true … And yet it was not won! In the Olympic Games qualifying tournament, the basketball players had to play three games. The first match of the Belgian Cats ended with a defeat (61-56) against Canada. The Belgian Cats did not let themselves be defeated and were able to win against Japan (92-84) in their second match. This victory brought them closer to their dream of the Olympic Games, but did not guarantee their place in Tokyo. There was indeed still “the” decisive match against Sweden.

The Belgian Cats faced Sweden on familiar ground, at the Versluys Dôme in Ostend. The match was no less intense.During the first half the two teams were neck and neck. The Belgian, Kim Mestdagh, just managed to score three points before the end of the first half. So arriving at a score of 23-21 for the Belgian Cats. In the second half, the Belgian basketball players had to face a threatening opposing team. But the Belgians resisted and imposed themselves (53-61) against Sweden. Obtaining their ticket for the Olympic Games! This is a historic first for Belgian women’s basketball.

We will therefore be able to support the Belgian Cats during the Olympic Games in Tokyo this summer. 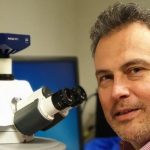 THE FATSRESPONSIBLE FOR THE SPREAD OF CANCER 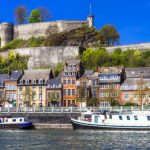