In 2019, the European Best Destinations site organized a survey on the internet in order to elect the best destination in Europe. Budapest had won and Dinant had been ranked 11th with 17,122 preference votes. This result had boosted tourism by 15 to 30%.

This year, Colmar in Alsace wins the prize and Namur arrives 7 ° with a total of 30,102 votes including ‘71% of the votes cast from abroad ‘specifies Anne Barzin, alderman for tourism.

When the city decided to participate, it aimed to increase its visibility, especially at the international level. This will undoubtedly be the case when we read on the site that ‘Namur is an engaging city, incredibly charming with the Belgian surrealism of Brussels and the romanticism of Budapest or Bruges.

Namur, capital of the Walloon Region is located at the confluence of the Meuse and the Sambre upstream of which is an imposing citadel. Stroll through the old alleys of the city center and you will discover, among other things, the Félicien Rops museum and the luminous Saint Aubain cathedral.

Do not hesitate to go there before it is invaded by tourists. 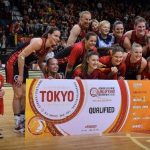 A PIECE OF BELGIUM TO DISCOVER THE SUN 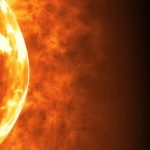