CARNIVAL MADNESS IN THE EASTERN TOWNSHIPS

This carnival hardly resembles other carnivals in Belgium. It is indeed rather influenced by the Rhineland. This is why the carnival is celebrated there more or less like in Cologne or Düsseldorf.

Each year the carnival officially begins on the same date and time, on November 11 at 11:11 a.m. But the processions only take place in the spring after the Thursday of the old women . This Thursday the women parade through the streets and take the keys of the town from the bourgmestre / à la bourgmestre. It is then the prince / princess who reigns over the town until Ash Wednesday .

During the processions, you can admire floats and colorful groups parading in the streets of the different municipalities. The most important processions are those of Eupen and Calamine which both take place on Rose Monday . Children also have their place during these festivities. There is indeed a princely team for children and they even have their own procession, the children’s procession.

The carnival is also punctuated by the music of singers from the region such as Sven ohne Girls , D’r Sach , or Domm en Dööl .

Dates and places of the various processions 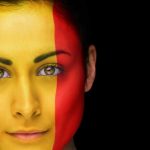 Take the survey by Sunday 1 March at the latest. 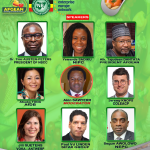