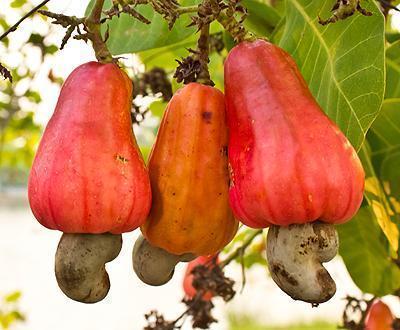 Nigeria’s cashew export market has suffered a major setback as coronavirus spread continues to hurt export, causing exporters and farmers to stockpile the crop in warehouses.

The demand for the crop at the international market has declined tremendously owing to the closing of borders, halting of private and public transportation systems, quarantine and lockdown administrations in major cities to curtail the spread of the novel virus.

Locally, prices of cashew has declined from N380,000 per metric tons in February to N160,000 sold as at the time of writing, indicating a 57percent drop in price.

“The coronavirus is affecting us now because most of our buyers are not placing orders any longer,” said Zacheaus Egbewusi, chief executive officer, Agri-Commodity Inspection Limited.

“When our cashew season started in February, we were still having few orders from Asia but as the spread of the novel virus continues the orders stopped completely,” Egbewusi said.

“Now we are just stockpiling the crop until the pandemic is over,” he added.

Nigeria is a natural habitat for cashew and among the world’s leading grower and supplier of the crop.

Besides cocoa, cashew is another major cash crop in Nigeria that has huge export potential.

The country earned about $350 million in 2017, according to the National Cashew Association of Nigeria (NCAN).

“There are very few contractual agreement right now to supply cashew because of the coronavirus. The Indians and the United States who are the largest consumers and not consuming much cashew now because of the outbreak and this is affecting demand seriously,” Tola Faseru, vice president, African Cashew Alliance said.

“The situation is also affecting the prices at both the local and international market,” Faseru who is also the chief executive officer of Colossus Investment Limited said.

The country’s cashew is usually harvested between February –June, though farmers stock the crop and export it all year round.

Cashew has become a top-notch cash crop in the country and it is one of the focused commodities by the Buhari led government to revamp the Nigerian economy.

Since the renewed focus on agriculture by the Federal Government, the crop has risen in its profile, emerging as one of the top five non-oil export in 2019, data from the National Bureau of Statistics (NBS) show.

“There are no buyers currently and farmers are just stockpiling. The Chinese that usually come to Ogbomosho to buy are not coming now because of the coronavirus pandemic,” said Debo Thomas, chief executive officer of Hastom Farms – a firm investing in the cultivation of the crop in Ogbomosho, Oyo state.

“Even to get trucks to transport to Lagos to the seaport is getting more difficult with the sit at home and lockdown directives in the country,” Thomas said.

He stated that farmers and exporters are hoping that the pandemic which has crippled trade quickly come to an end.

Cashew can be eaten and also serves as industrial raw materials in firms producing chemicals, paints, varnishes, insecticides and conductress and several types of oil among others.