THE INSTITUTE OF TROPICAL MEDICINE FIGHTS AGAINST EMERGING DISEASES

The global spread of dangerous diseases is accelerating. Why ? The causes are multiple: climate change, globalization and the movement of people, animals and goods that it generates, population growth and increased urbanization …

Since January, as part of this project, the IMT Outbreak Research Team has been collaborating with important partners such as WHO, FAO, the European Center for Disease Prevention and Control and also universities located in 25 countries. in order to analyze what is known in jargon as “Big data”.

It involves analyzing a huge and complex amount of often unstructured data. They use official sources relayed by health agencies as much as those more informal gathered in forums, press articles, social networks. “How can we get signals from science, the media and even social media?” Wonders Wim Van Bortel, researcher at ITM. By using, for example computer algorithms, by exploiting the most advanced techniques of text mining and data analysis, researchers are trying to detect signals and trends of these diseases as quickly as possible.

Detecting new diseases and spreading existing ones at an early stage is crucial to contain them before they become epidemics. 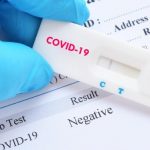 MUSIC 'MADE IN BELGIUM' 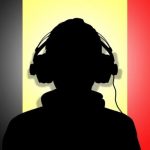